There are many benefits to adopting the ketogenic diet lifestyle. Foremost among them, of course, is the ability to lose weight from the body. But there are secondary benefits, like cognitive ability, more energy and boosted immunity. One benefit of the keto diet that many users have claimed is its ability to help overcome acne. Today, we are going to investigate the keto diet acne connection to see just how much truth there is to the claim that acne can be cured by going on the ketogenic diet.

This condition results from a disorder in the sebaceous glands of the skin that can be found next to hair follicles. The pores of the skin are directly connected to the oil glands. The oil glands can be found under the skin and the small canals named follicles attach them to it. The glands have the capability of producing a liquid that is very oily. That oily stuff is called the sebum. Its job is to carry dead cells through the follicles and up to the surface of the skin.

Tiny hairs grow out of the skin through the follicle. When these follicles are blocked by certain substances, pimples will start to grow. Because of these, oil will start to amass under the skin. All people have sebaceous glands. These glands sometimes secrete excessive oily substances or sebum. The production of sebum is definitely normal but persons prone to the condition have larger glands that release twice the amount of sebum into the skin as compared to people with fewer skin problems.  The extra sebum can trap bacteria, dirt, oil, and dead skin cells.

The condition affects roughly 80% of teenagers and numerous adults. Around 35% of them are women aged 30 to 40. Having the condition is not life-threatening. However,  when they are not taken care of, they may leave scars especially if they are popped out using fingers. The most vulnerable parts of the body where pimples show up frequently are face, neck, shoulders, chest, and back.

There are two kinds of acne. The first one is non-inflammatory. It is what dermatologists call the closed comedone but is commonly referred to as whiteheads. They normally appear on the skin of the body as tiny, white bumps.  However, if the plug or the stuff inside the comedone enlarges, it makes its way out of the surface. By the time it appears on the surface of the skin, it becomes what looks like a blackhead. Many people think that the dark color of blackheads is due to the dirt but they are wrong. The plug’s dark appearance is a lump of melanin, which is the skin’s dark pigment.

The second type is inflammatory. These appear on the face and body as small, pinkish and sometimes reddish bumps. If touched, they can be painful and tender. The worst kind are popularly known as pustules. These look like small round lesions. They are obviously inflamed to the point that some pus are visible and showing.

There is another kind of inflammatory acne called nodules or cysts. Nodules are inflamed bumps with filled lesions lurking deep inside the skin. They form when the contents of the comedone have burst around the skin. Then, the local immune system of the body responds by producing pus. This worst kind of the condition can stay in the skin for weeks and even months until such time that they harden into deep cysts. Most of the time,  they create deep scars that remain even until the condition has cleared.

The traditional research into this subject was based on the belief that, because it was a Western world condition, it must be a genetic condition. However, this belief was turned on its head when native peoples from around the world moved to western cities and began to get the condition.

Acne is virtually unknown among the Eskimo people. For decades this was attributed to genetic make-up. But, when the Eskimo people started to move into the towns and cities of Alaska, they began to develop the condition. So, what had changed?

Rather than the high fatty fish diet that they were used to, the Eskimos were now eating the typical high carb diet of the western world, with foods like cakes and sweets. This diet may have included junk food but very little healthy fats. It didn’t take very long for researchers to get to the root of the problem. In a groundbreaking article in 1971, Doctor Otto Schaefer explained the situation . . .

From 1 meal of high protein, low fat and practically no carbohydrates with frequent nibbling the rest of the day on fish, the Eskimo family in settlements gets 3 rich meals a day and seemingly endless sweet drinks, candies, and chocolates.

The bottom line is that the root cause of this condition is a high carb diet.

Does Keto Help or Hurt?

Some people have claimed that the keto diet causes acne. The reality is just the opposite. However, during the transition period into keto, people often experience what is known as the keto flu. This is caused by the stress that your body is going through as you make the switch from a glucose to a fat burning energy system. Part of the keto flu symptoms that some people experience may include a short bout of this keto itchy skin condition . In terms of the millions of people making the switch to keto, short-term skin health problems affect less than 5 percent of them.

If you are one of the people who experiences short term keto skin problems (also known as white spot keto) during the transition phase, do the following:

The high fats of the keto diet will help to eliminate this condition in the long-term. Because it cuts out processed carbs and also replaces them with fat, the diet helps to regulate insulin levels. An excess of insulin over stimulates skin cell growth. The extra cells will end up blocking pores, leading to keto acne. Insulin will also lead to the production of keratin. This can also cause blocked follicles. Another consequence of too much insulin is the production of sebum.

This condition will not disappear overnight when you go on the high fats of the keto diet. It will take some time for your insulin levels to balance out. But, in the long term, it gets a whole lot better.

Click Here to read more about Keto Side Effects.

Ramping Up the Ketogenic Diet Effects

Here are 5 things you can do to help beat this condition with the high fat keto diet:

It is pretty well established that acne is the result of a high carb eating pattern that causes insulin overload and the resulting pore blocking consequences of that increase. There is now an abundance of anecdotal evidence that the high fats of the keto diet, as well as being the best route to weight loss, are a great help in defeating this condition. 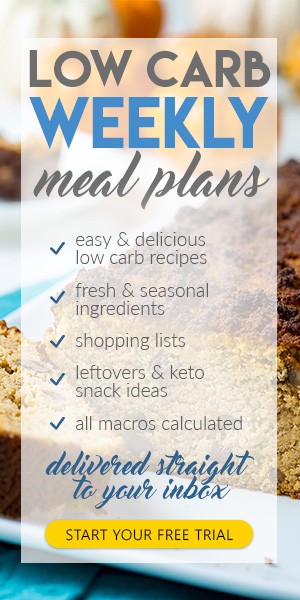